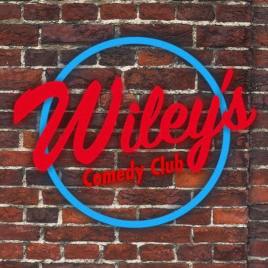 Well, it has certainly been a full week.  I’ll just have to hit the highlights…

First of all, I had a fantastic show Wednesday on WWSU 106.9.  The first hour of the show, I chatted with filmmaker Evie Warner.  Evie had just returned from San Francisco and LA, where she was working on a new project and spent some time on a film festival panel discussing a previous project.  Evie is always a lot of fun to mess with on the air.  She takes a ribbing well.  We were also joined in the studio by comedian/actor Matthew Barnard.  It was Matthew’s first time on The Life Radio Show but he fit right in.  We had a lot of fun.  You can listen on podbean, iTunes, Spreaker, Stitcher, and YouTube.

For the second half of the live show, prolific local filmmaker Henrique Couto joined me in the studio to talk about his past projects and we didn’t talk about the super-secret project that he is currently filming.  Henrique is always a pleasure to have in the studio.  The regular podcast version will be available on Tuesday.  However, Eventide Entertainment put out the full two-hour show on its lineup this past Friday.

This Friday, I made it official and became an owner of the legendary Wiley’s Comedy Club in downtown Dayton’s historic Oregon District.  Wiley’s is Dayton’s first comedy club and Ohio’s oldest comedy club, with a long, rich history of over 35 years of excellent comedy.  I joined in with three other owners to restore Wiley’s to its former glory.  I got to spend the weekend hanging out with some of my favorite local comics.  John Mulrooney was the headliner for the weekend and I laughed until my face hurt.  John is a veteran professional with an impressive amount of television and radio credits to his name.  I am enthusiastic and terrified to be a part owner of such an amazing club.

Coming up this week on The Life Radio Show:  Tuesday, of course, I will release the Henrique Couto interview.  On Wednesday, the live show is on WWSU 106.9 FM from noon to 2pm Eastern Time, you can livestream the show online.  My guests on the show will be Gary Wood of Wiley’s Comedy Club along with Kyle Steele and Tim Hyland of The Nicolas Cage Movie Review Hour podcast.  The second half of the show, The Life is being taken over by The Nicolas Cage Movie Review Hour and we will discuss the movie ConAir!

Coming up this week at Wiley’s Comedy Club:  Tuesday, September 19th is the Dayton Story SLAMM.  Thursday, September 21st is a benefit show for FOA (Families of Addicts) with comedian Pat Godwin headlining and my good friend Scotty Mays up as the feature.  It’s a great show for a good cause.  Friday and Saturday, comedian Dwight Simmons will be headlining for the weekend.  Check out wileyscomedy.com for details, tickets, and reservations.  Book online and save $5 per ticket.  Finally, on Sunday night the weekend wraps up with Wiley’s Sunday Comics, a wonderful array of local comics from first-timers to seasoned veterans.

Thank you for reading and listening to the podcast.  Get out there and support local comedy wherever you are.  With the political environment and the stresses we all face everyday of our lives, we NEED to get out and laugh.  It’s healing!

Just to quickly introduce myself:  I am from the Dayton, OH area and a graduate of Wright State University with a BA in English.  I am currently working on my MBA.  I am an HVAC technician by trade and have been for over ten years.

Since I was 25 years old, I have been acting in local theatre, with several shows with Dayton Theatre Guild, Brookville Community Theatre and Troy Civic Theatre.  I put acting on hold somewhat to finish my English degree but I have been getting back to it lately.

A little over three years ago, I began performing stand-up comedy at local bars and clubs as a way to get back on stage.  Working second shift makes the commitment required for live theatre performance nearly impossible.  Comedy, however, allows me to be onstage without the months-long commitment to nightly rehearsals.

Still unable to perform stand-up comedy as often as I would like, I became involved with WWSU radio at Wright State University.  In January of 2015, I started broadcasting The Life Radio Show.  The Life has been my way to remain connected to the Dayton comedy community when I am unable to get to shows.  Each week, I invite some of the best local comics to come on to the show have some laughs.  Additionally, I have some of the top local musicians and filmmakers join me as well.

Originally, The Life Radio Show was a live broadcast only.  After a year flying solo, I briefly invited a co-host who began to publish segments from the radio to his podcast.  Around October of 2016, I had to put the show on hiatus for a few months but returned in January 2017 sans co-host.  Flying solo again, I started to release the show as a podcast as well, available on Podbean, Stitcher, and iTunes.  I have recently been added as a part of Eventide Entertainment‘s podcast lineup!

Please listen in each week, the live show is on WWSU 106.9FM every Wednesday from noon to 2pm Eastern time.  The live feed will also stream here.  The podcast versions come out on Tuesdays and Fridays.  Tune in for some fun, a lot of laughs, and a chance to look back and say, “I heard that comic on The Life before anyone knew who they were!”

That is all for now.  I’m going to try to get a new blog post up each Sunday to let you know what’s going on with the show and the comedy community.

This week’s guest on the show will be filmmakers Evie Warner and Henrique Couto.  There may be more!