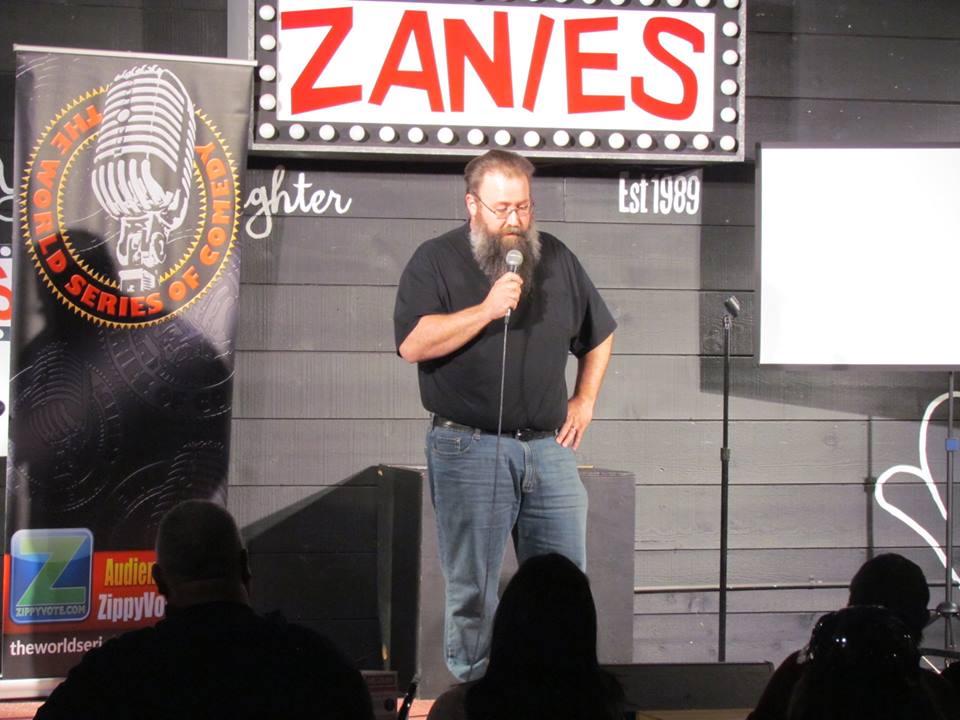 Follow me on Twitter and Facebook and show me some love IMDb.  Be sure to check out The Life radio show on WWSU 106.9FM.  The Life Radio Show is now a podcast available on podbean, iTunes, Stitcher, Spreaker, YouTube, Blubrry and iHeart Radio! Of course, you can always just go to the Linktree!

I had two films released this past summer.  Black Mamba and The Goocher are both feature films by the film-making powerhouse, William Lee of Cinema Lexzikon Productions.  William has been getting things done in independent movies for over 40 years and I’m proud to have had the opportunity to work with him on several movies.

I appeared as Lloyd the superintendent on the short film Buttons, which was a semifinalist in Stage 32 Short Film Competition and Top Shorts Film Festival.

I’ve also been involved in several feature films by director Henrique Couto, such as Calamity Jane’s Revenge and Nothing Good Ever Happens. I was also a featured lead on episode 2 of Boggy Creek: The Bigfoot Series available on Amazon Prime.

I am also an owner of the legendary Wiley’s Comedy Club in downtown Dayton’s historic Oregon District.  Email thelife1069@gmail.com and I may be able to find some tickets for you sometime.

Thanks for checking out my stuff!

I have been involved in local indie film for several years. I’ve been actor and producer on films by Henrique Couto (Calamity Jane’s Revenge, Making Out) and Cinema Lexzikon/William Lee (Black Mamba, 6 Feet Below Hell, The Goocher, and many others). I have been in several short films, including “From Gettysburg to Baghdad” with James “Buster” Douglas and “Buttons”, which was a finalist in both the Stage 32 and Top Shorts film festivals. I have appeared in a couple of series including “Boggy Creek: The Bigfoot Series”, currently available on Amazon Prime, as are many of my films.

For nearly six years, I have hosted The Life Radio Show on WWSU 106.9 FM in Fairborn, OH out of Wright State University. In January 2017, I launched The Life Radio Show podcast as a continuation of the show, bringing on local comedians, filmmakers, actors, and musicians. In October 2019, I partnered with publicist Steven Joiner and the SJ Network to bring in actors, writers, filmmakers, and comics from across the country. The Life’s news segment has been a popular addition to the Breaking the 4th Wall podcast as the News Buffet, as well as an occasional segment on the WWSU Morning Show.

For over six years, I have been performing stand-up comedy. It began with a comedy class at Wright State University in the Spring of 2014. My third performance outside of the classroom earned me a spot as a finalist in Wiley’s Comedy Club’s Annual Fireworks Comedy Competition. In 2019, I performed in the World Series of Comedy at Zanies in Illinois, again made the finals in Wiley’s Comedy Club’s Annual Fireworks Competition, and was a finalist for Best Local Comedian according to Dayton.com. For a few years now, I have been one of the co-owners of Wiley’s Comedy Club.